I have often been caught by surprise at the sudden sight of a Motmot (a blue-crowned motmot, to be precise). My eyes would idly sweep the telephone lines, or the fences or by a blue-green flash and it would often take a full moment before my brain registered the sight as a mot-mot. I first read about the bird in the context of my dayjob. Troy Murphy published a paper in the journal Behavioural Ecology in 2004, where he argued that the motmot’s twin tails acted as a pursuit deterrence signal to its predators. The bird moves the tails to and fro to warn the predator that it had been seen and so the chance of making a successful attack was less likely. This is a theme that I study with jumping spiders and Tephritid flies.

Anyway, I’d been very impressed with these birds and since Murphy’s study was done in southern Mexico, somewhere in the Yucatan, I did not even consider the possibility that there may Motmots in Veracruz. My birding days are long behind me and it takes a certain effort to remember enough details even to look it up in the bird book. But ever since I started spotting them, I became more and more fascinated with them.

The Motmot has a quiet beauty, the colours are muted but still dramatic. In a land overflowing with flashy hummingbirds and toucans, the motmot barely rates a mention. It loves the shade, slipping quietly between trees and undergrowth with all the stealth of a spy. No distinguishing call to advertise its presence, no flights of fancy.

Today, the sun came out after a bitterly cold night, and I took the camera into the garden. I had the 300 mm lens on, and I saw a few birds flitting about and I thought I might as well try to photograph a few. I want to emphasize that the whole exercise was half hearted; and I had merely the intention fo filling some time before the sun went out again.

We have a mulching corner in the garden and I noticed a buzz of activity. I sat on the grass and tried my best to get some halfway decent photos of warblers and such. After a while I grew tired and as I was getting ready to pack it up, I suddenly saw the tell tale head of a motmot sticking out behind some bushes. And then the day turned completely. For some reason the motmot kept hovering around the mulch area. Repeated sudden short flights, down to the ground and up again, always taking care to hide itself from me. I had never seen the bird for such an extended period. And then, when I was truly tiring of peering into the darkening undergrowth, I looked down and suddenly realized the reason for all that bird activity.

A whole army of army ants was flowing towards me. When army ants move, they basically decimate the insects in the area. Every insect in the vicinity desperately tries to leave, in any way possible. 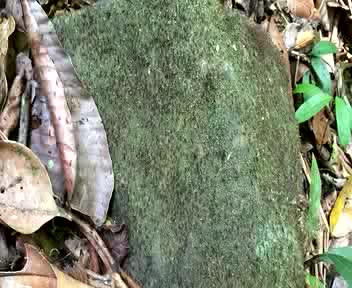 Of course all this activity attracts the attention of other insectivorous predators …such as birds, who hang around the army ants and pick off the doubly unlucky prey. I saw the motmot make a sweep down and pick off an earthworm. The birds kept at it for the whole morning.

After a while I left the scene. Imagine my surprise a few minutes later that the motmot was joined by a ‘friend’. A second one. I’d never seen two before. The day was complete. As the army ants came closer to the house, the motmots came more out into the open. Hanging around, as if they were enjoying this rare day without the need to hide.

And in the end, emboldened enough to hang out on the fountain, chatting with the Lakshmi statue in the garden.

Abstract
Interactions between prey and predators are
often mediated by signals sent by the prey. Passive signals
such as aposematic coloration and active signals such as
pursuit deterrence signals are thought to prevent attack from
predators. In true fruit flies (Diptera: Tephritidae), the
defensive wing display is called supination, and studies have
shown that supination effectively reduces the chance of
being attacked by salticid predators. In this study, we
investigated the proximal causes of supination in staged
interactions in an arena. We asked whether the movement of
the display target influences the likelihood of triggering
supination in the Mexican fruit fly Anastrepha ludens
.We tested the effect of motion on fly display in three different
ways using (1) a manually moved dead spider or beetle, (2)
live bouts with a spider and a katydid and (3) video playback
experiments where movement of the display target was
controlled. Our results show that flies are more likely to
perform supination when the display target moves. The
identity of the display target did not influence display
propensity, suggesting that the supination of flies is a gen-
eralised display behaviour against any possible threat

What if the Black Plague had killed off almost all Europeans? Then the Reconquista never happens. Spain and Portugal don’t kickstart Europe’s colonization of other continents. And this is what Africa might have looked like.

Here’s just of taste of what else is happening in the world of Latino speculative writers.

On the page, the two languages’ vocabularies look similar. The heart is el corazón in Spanish and o coração in Portuguese. The infinitives of most common verbs are similar or identical. Yet in their spoken forms Spanish and Portuguese differ. Spanish is a rigorous, phonetic language whose letters are pronounced in the same way in every situation; Portuguese vowels, and even some consonants, are capricious, their sounds altering according to their position. Spanish has five vowel sounds; Portuguese, according to most linguists, has thirteen.

We see a different frontier 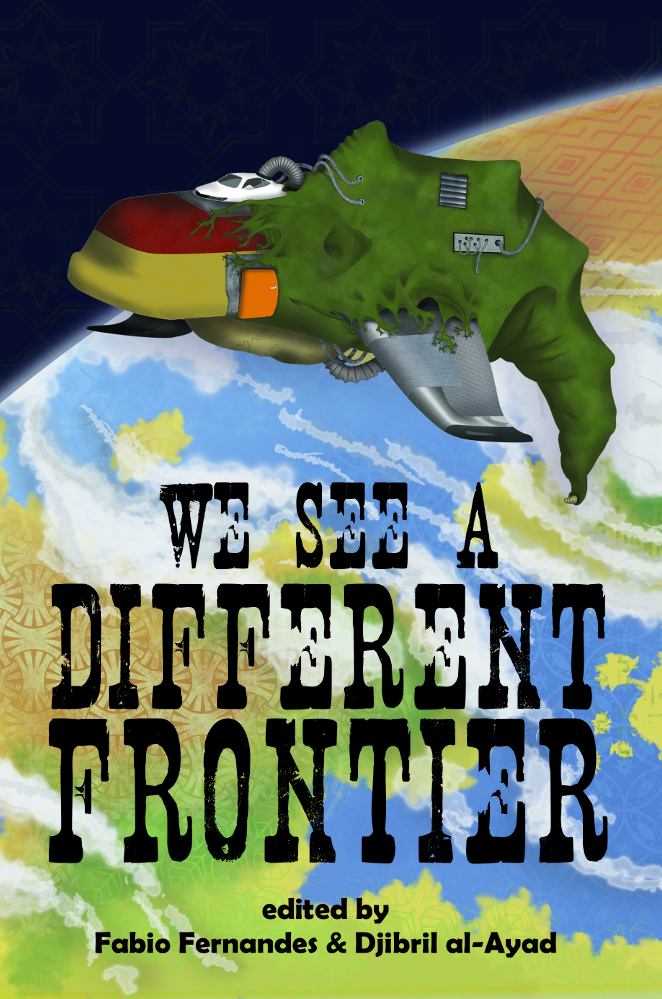 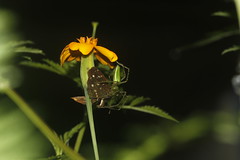